While many hugely insightful data points were revealed both within the initial quantitative phase of the study and within this final qualitative phase, undoubtedly the greatest revelation was the apparent correlation between the prevalence of asset data being shared within an organisation and the standard of service execution…

As we saw in the original report, those organisations that shared asset data across the wider business ranked their performance in critical areas far higher than those who stated their data was locked away in business silos.

And in each of these areas, those respondents whose organisations shared asset data beyond the silo of service operations ranked their performance between 1.5 to 2 times higher than their peers.

Similarly, of those organisations that stated that asset data was available outside of the field service business unit, nearly two-thirds said they had introduced a layer of advanced service or servitisation into their service portfolio.

Indeed, the headline findings of the study would seem to indicate a significant correlation between service performance, service maturity and the broader use of asset data.

Certainly, while we may have anticipated some uplift in performance amongst those organisations actively sharing asset data, the consistency and size of the uplift we have seen, from a robust response set, clearly sets out the foundations of a strong argument in favour of doing so.

“I was pleasantly surprised at how significant the difference is between the two when I saw the data,” commented Mark Wilding, VP of Global Transformation, ServiceMax, during our debrief session.

“We do anticipate all of the opportunities that asset data can generate, particularly with regards to margin and growth.

“I think all of us in the industry can be slightly guilty of underestimating the significance of properly utilising asset data and seeing this data and these trends, in its true scale, really does shine a light on how vital it can be to driving operational success in so many different aspects of the business.”

Similar comments were made by a number of the respondents during our follow-up interviews. One service leader with responsibility for a nationwide service team for a German manufacturer commented:

“I was one of those whose organisation does share asset data outside of the service operation. Our asset data is accessible to a number of other business units, including development as well as sales and, of course, our contact centres who do first layer triage. I also have scheduled monthly meetings with other department heads as well, so a stronger working relationship with other departments than I have had in previous companies I was working within.

“In one way this data doesn’t really surprise me, as it makes sense that the more collaboration across a business, the more we are pulling in one direction, the greater the likelihood of success. And of course, data is the common language that allows us to do this more effectively.

“However, seeing the trends very clearly in your study, I must admit though it is very pleasing to see what I think we intuitively assumed to be the case being backed by solid data.”

However, as another interviewee, a VP of service for a US-based energy producer, outlined, while the correlation is interesting, it doesn’t necessarily prove causation. Could the sharing of asset data within the wider business be an indicator of service maturity levels, perhaps?

“For me, while the correlation is interesting, my suggestion would be that those organisations that are able to share data more broadly within the business are likely further along the service maturity curve and so it should be anticipated that they would also outperform their peers in all of the metrics outlined,” they commented.

“I’d say that this is also supported in the data from the study by the fact that there is also a larger percentage of companies in this group who have introduced servitization.

“In my experience, the more an organisation is positioned to see service as a key part of their revenue strategies, the more need there is for them to share critical information such as asset data. It is when service no longer becomes a standalone function but part of the broader business strategy – and I think this is what we are seeing in this study.”

This latter comment echoes Sumair Dutta’s thoughts as he reflected on the study during the debrief session, in that for those organisations less advanced in the service maturity curve, this study perhaps shows an indicator of what can be achieved if they follow the path walked by their peers and competitors who are further along that journey.

“These are very powerful findings in terms of showing a consistent gulf between those organisations who share data and those who don’t,” Dutta commented.

“Directionally, it points to the fact that if you are not sharing data, you should start considering doing so.

“One of the largest gaps between the two sets of companies was within the customer satisfaction ratings, and I think perhaps for those who are currently not sharing asset data beyond the service operation, this could be something to rally around is this concept of customer-centricity.

“There is a lot of ideas of what being customer-centric is and a large part of that is understanding the customer, which is of course very relevant, but ultimately the customer is the person who has ownership and usage of the asset so the asset is a proxy for the customer in a certain way. So having visibility into the asset data is a real way of measuring customer value and business value.” 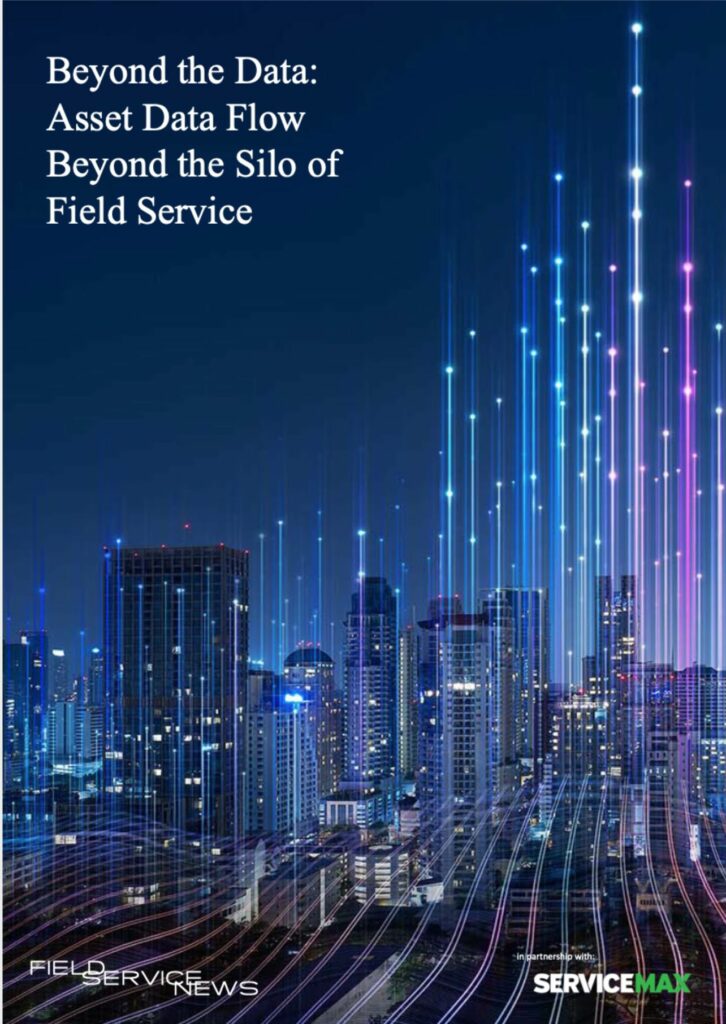