How Can Technology Be Used as an Enabler

Technology as an enabling tool was something Jan Van Veen, Founder and Managing Director at more Momentum highlighted, “I firmly believe technology is an enabler. And it’s digital, its data. Even though the technology is out there, to some extent, it’s also developing very rapidly. It’s also about how can you absorb that technology and use it. How are you going to reap the benefits of that potential, which means that’s hard work. It’s hard work in figuring out what technology, how to integrate it, how to combine it, but also developing the digital mindset, data literacy, the data skills and capabilities, the process around it, which are going to be quite different.

“I think there’s another important aspect as well is we’re not just talking about manufacturing something and doing the maintenance, as we have been doing for a long time things are changing. And we have an ongoing digitalization, which means off the way we do service changes, where is the complexity of service is changing from the minds of engineers into cloud-based problems through solving systems, predictive systems.

“You also see that the needs of customers are changing everywhere, and they also have to digitalize their operations and they need to optimise their processes, which means there are having other needs and have other problems to be solved. Which means the whole ecosystem is changing as well. We have to develop domain expertise in your industry. That could be system integrators that could be pure service players, that could be the manufacturer? And to some extent, that depends on the structure of the industry at this moment, but it also depends on how companies are responding.

“A product-oriented company will play another game, then a more service oriented company, software is becoming more and more important as well, services can be provided by software. So is that service or is as a software solution. So just to add more complexity, I do think this is critical to have the right answers. It’s not about manufacturing, doing maintenance and doing repair by engineers, the whole industry is changing, step by step. That also changes your position, your value proposition as a technology provider, instead of just manufacturer.”

In agreement was Rajat Kakar, Managing Director, AEP Holding, “I think Servitization and digital transformation go hand in hand moving forward. So even areas such as building technology companies are finding new core competencies such as working on the Command Control Centre. If you’re able to control Siemens from this and you’re able to control the heating elements from the company, the escalators, access management, elevators, all the stuff as an example. These companies are discovering, their core competencies and really creating new business models are of it.

You also now see Servitization moving digital in the area of delivery, connected devices. Whether they’re IoT devices, or whether they’re standard technology that you already have these are all now getting easier and easier to connect because of such existing technology.

“In addition you have automation and repetitiveness. You are actually starting to build intelligence into these automation elements. And to really help and speed up the things to manage your costs better.”

Chris Raddats, Reader in Marketing, University of Liverpool further elaborated, “It’s really looking at this this role of what I would term the System Integrator as the as the driver of Servitization, rather than the OEMs, or manufacturer. Academics once conceived this term Servitization and they conceived it as something service companied could do in terms of a value adding offering.

“Digitalization and the use of digital technology is important. Its key to turn it into something which can be marketed and sold as a value added extra, which companies are going to want to pay for.”

There is little doubt that technology is an enabler and the appropriate tools should be used to unlock a companies full potential. In an ever changing and more complex world this has never been truer. 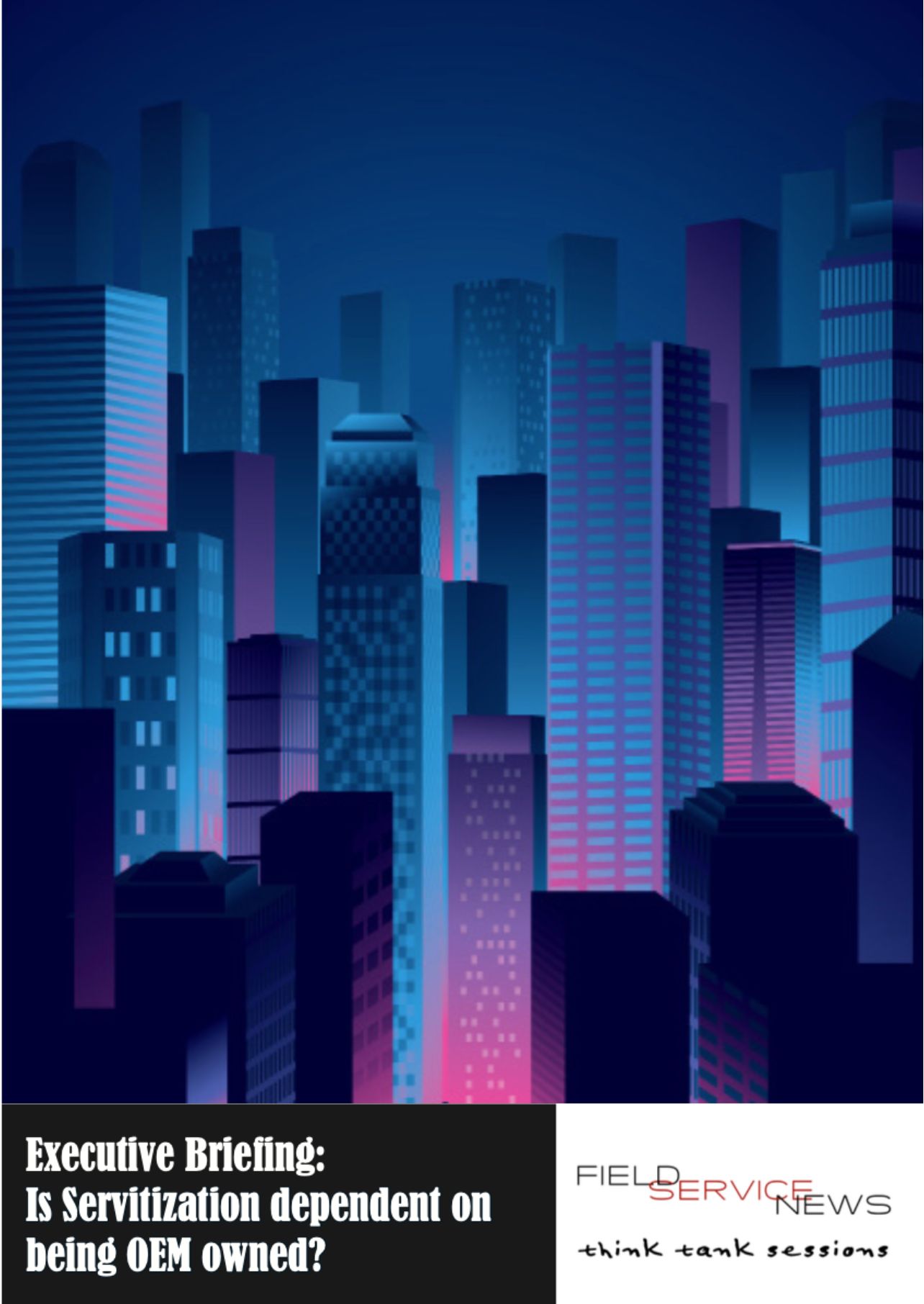