Utilising Experienced Field Service Engineers to Train the Next Generation:

Traditionally, the potential for such undertakings was limited somewhat by the very nature of a field service role. Some senior technicians could take on trainer roles perhaps, providing classroom-style learning, but such positions are by default limited. Also, much of a young Field Service Engineers true training begins once they’ve left the classroom and are active in the field. Again, some companies run highly successful programs, pairing up newer engineers with more experienced counterparts to deliver on-job training – doing so can be a costly and inefficient use of field service engineer resources – doubling up engineers on each job.

Over half (54%) of respondents stated that such an undertaking was certainly something that they are exploring but that they currently don’t have the technology/processes in place. However, emerging technologies – in particular Augmented Reality, have shown huge potential to widen the possibilities of using older field service engineers in a training and support role. This has the dual benefit of both extending the field service engineers potential career within the field service organisation whilst putting valuable insight, knowledge and experience into the hands of less experienced engineers as and when they need it.

But are field service companies harnessing both the power of technology and the experience of their older engineers in such a manner?

We asked our respondents: “A number of companies are now using remote assistance technologies (e.g. Augmented Reality) to keep their older and experienced field service engineers in the work place for longer, both as a means of training new recruits and also as a way of ensuring that the knowledge and experience of older engineers is not just walking out of the door. Does this apply to your organisation?’

The responses again somewhat reflect the findings of the previous question around training methodologies, in that whilst the majority of companies agree with the notion of using their older, more experienced field service engineers as part of training and support programs and that technology was key to that process, most were still (at best) just beginning down that path.

In fact, over half (54%) of respondents stated that such an undertaking was certainly something that they are exploring but that they currently don’t have the technology/processes in place.

However, perhaps surprisingly just under a quarter of companies (24%) stated that they did not envisage implementing any such plans. This is a surprisingly large number given those companies who do not involve their older engineers in the training process risk seeing years of amassed ‘tribal knowledge’ simply walking out of the door in the not too distant future.

Looking forward it may well be that it is these companies, i.e those who have gotten the head-start over their competitors in such programs, will reap the benefits of doing so and it may well be at the expense of those who don’t.

However, with currently just 20% of companies actively using senior engineers in a remote expert capacity – it seems there could still be room at the top table, for a while at least.

Another major driving factor that is often seen to be impacting how we view the core skills of the field service engineer is the widely reported increase in customer expectations and demands – largely driven by disruptive companies such as Uber and Amazon raising the bar in terms of visibility and immediacy.

Today’s customers are empowered by technology, and easier access to information than ever before makes them more insightful and more expectant. They also have a louder voice than ever before thanks to social media, whilst the ongoing digitisation of all industries makes finding competing service providers a quick and easy process for dissatisfied customers.

And of course, the majority (if not all) of this can now be done without the need to actually meet another human being in person. But what does this mean for the field service engineers?

An incredible 98% of respondents stated that people skills were now a higher priority for them than they had been before. Today’s field service engineers are armed with all the knowledge they need to hand courtesy of modern field service management. They’re confident speaking with customers at all levels of seniority are true brand ambassadors and are as comfortable selling as they are fixing.

Have soft skills become more important than technical skills? There is an argument that it is simpler to train technical skills and that good interpersonal skills are that much harder to teach – but does this hold any truth and are field service companies moving towards placing greater emphasis on soft skills in their recruitment today?

We asked our respondents ‘Is the need for softer, interpersonal skills – becoming a higher priority than before when recruiting new field service engineers?

From the results, it would appear that this is indeed a major trend amongst field service organisations. An incredible 98% of respondents stated that people skills were now a higher priority for them than they had been before with 46% of companies going as far as stating that people skills are at the top of their list when recruiting new field service engineers.

Want to know more? If you want to find out more about this research project there is a full research report available now for FSN PRO subscribers. Simply click the button at the top o the article to access the full report now! 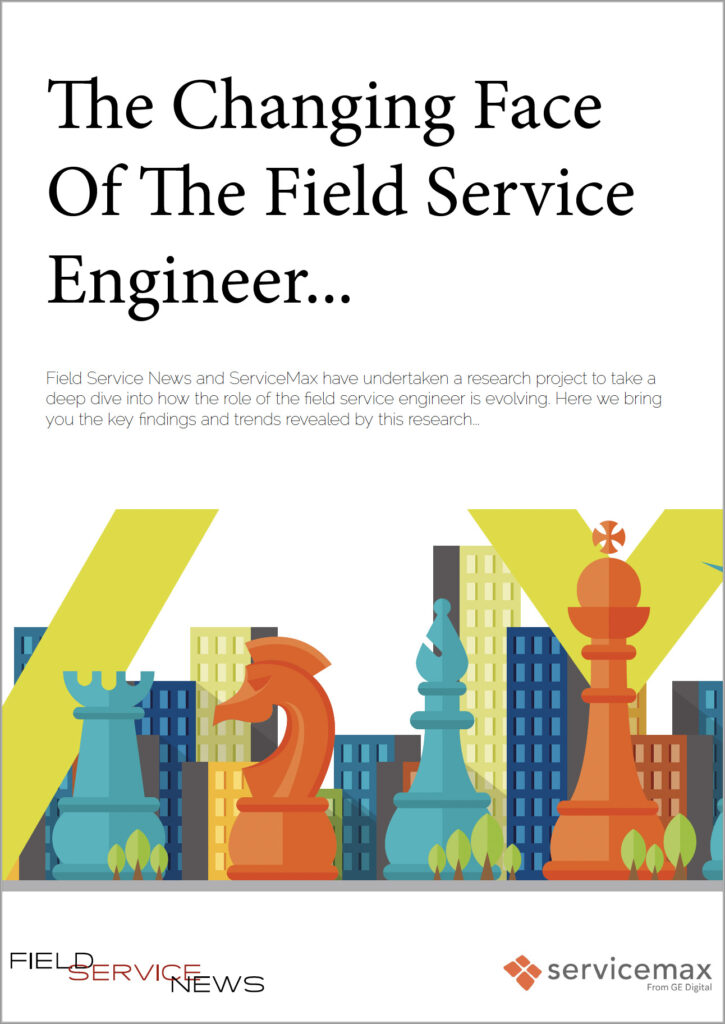