Understanding the metrics that matter in a rapidly changing field service sector? (2019)

Our world is changing before our very eyes. At every junction parts of our lives, both personal and working are becoming digitalized, automated, and optimized.

While this is something being seen across almost all vertical industries, the field service sector is very much at the coal face, feeling the wind in our faces as this rapid evolution into a new paradigm of industry spirals around us at full pace. In many ways, this could be put down to the fact that for a long-time the field service as a sector has embraced the two core factors driving our industry forward – technology and people.

It seems like it has been the norm for forever for us all to walk around with more computing power in our pocket than NASA used to send man to the moon, but the fact is this is a recent trend approaching its first decade of maturity. Field Service Engineers meanwhile have been collecting and returning data from the field, via mobile devices for far, far longer. Technology has been interwoven into the fabric of field service delivery for a long time.

Similarly, delighting customers has always been at the heart of excellent field service delivery. This has then been further magnified ever since the global financial collapse of 2008 – which saw margins reduced to their bare bones meaning those that survived in those testing times, and who went on to thrive later, were those who were able to compete on the only metric that remained – customer satisfaction.

Indeed, it could be argued that it is the success of those companies that were able to navigate the troubled waters of 2008, that has in some manner plotted the course for the future of our sector as servitization, a business strategy that has been in effect at least since the 1960s if not earlier, has begun to gain ever greater traction within industry today.

It is perhaps, no coincidence that a decade after seeing customer satisfaction come to the fore as a core competitive factor, we see the rise of servitization. A business approach which in its fundamental inherent design, places the customer’s needs at its center and as a result, if done correctly, engenders far greater customer loyalty as well as longer and ultimately more profitable contracts.

Of course, it could also be argued that the reason we are seeing servitization gain momentum is that the technology that has developed almost simultaneously such as the Internet of Things (IoT), Cloud, and AI has also created a perfect storm for service evolution. We have seen in the last decade the introduction of a technology stack which can allow us to drive these business strategies that we have seen coming for a long time, from concept to mainstream reality. Big Data, Machine Learning, Cloud, Mobile, and perhaps most crucially the IoT have come together to form a crucial infrastructure that now as they begin to reach a point of relevant maturity, allow us to enter fully into a world of servitization and outcome-based services.

But as we enter these unchartered waters, how do we know what metrics should be our guides to whether we are getting things right?

In this exclusive, Field Service News research report, we look at the responses of over 150 field service leaders who are facing such challenges and look to establish the metrics we should be measuring as we move to a world of digitalization and servitization?

The research itself was designed as a broader benchmarking project to establish which key metrics were being measured by field service organizations in 2019. So to begin, let’s take a look at some of the wider findings as well as provide some insight into the respondent group we worked with. 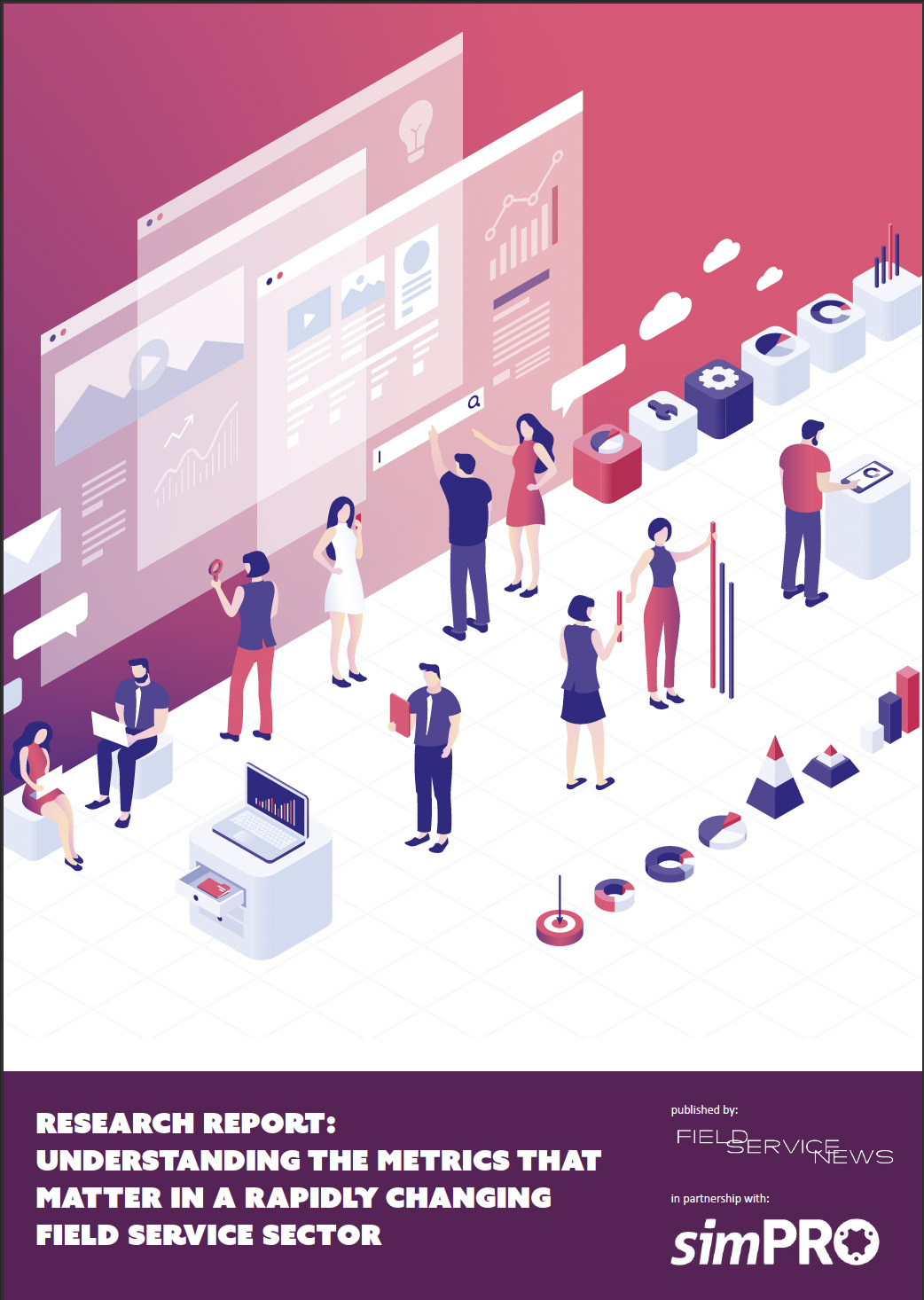