Redefining the Value of Service in a Post Pandemic World

In a world suddenly far more accepting of remote services, as we pivoted to a remote-first default out of necessity, do we run the risk of losing sight of where the value of service delivery now lies? Is it enough to push the conversation to one of the uptime guarantees, or is there a more intrinsic value that exists within the knowledgeable service engineer being on-site?

“If a company reduces on-site service and moves towards remote as default, then a critical discussion is the shift away from revenue generation as a focus to margin generation,” comments Kieran Notter, VP Global Customer Transformation, ServiceMax.

“If you’re putting less cost into it, and your customer wants to downgrade the cost that they are willing to pay you for the contract is that a bad thing? If you effectively look at the margin element of it, rather than a revenue element, then you will likely see an improvement.”

This is a crucial point in the discussion around a shift to more advanced service offerings, under the umbrella of which would fall remote services. As the old phrase goes revenue is vanity, margin is sanity. It is a pithy little phrase but one which encapulates a fundamental shift that sits at the heart of servitization which at its core is all about establishing longer, deeper commercial relationships that deliver better profit margins for the service provider at lower cost to the customer.

However, the conversation is of course far more complex and nuanced than this simple shift in thinking.

“This is about commercializing, monetizing and capturing the value, you deliver…”

As Jan van Veen, Founder, More Momentum commented, “This is about commercializing, monetizing and capturing the value, you deliver. If you can remotely deliver higher value, that would be an uplift, even if you do that at lower costs. That would improve your productivity and your margins.

“However, on the other hand, everybody’s doing the same thing so, in the end, the buyer can still say, ‘hey, but there I can get the same service cheaper than from you.’

Crucially often the success stories we see of fully servitized businesses, centre on one company that broke the mould and re-invented service within their sector. However, an aspect of that approach, such as delivering remote services, becomes prevalent and even common place, then will be witnessing a step towards servitization or commoditisation?

“Whatever value you offer, if everybody’s doing the same thing, the pressure on the price will still be there,” asserts Van Veen.

“So there is still a price battle going on. If it’s downscaling, it’s downscaling, and at some point, you have to start also looking at other kinds of values you can offer to make sure that you’re not being marginalised.”

For Rajat Kakar, IBM, Executive Service Leadership, EMEA the question is not about if but how we understand the value of the delivery of on-site service entirely.

“Purchasing is not putting a value I would say, on quality, comments Kakar.

“Having worked for a decade in purchasing, in its quintessence there’s a perfect understanding; in fact, it is outlined in an excellent book called ‘free, perfect and now.’ Every purchaser understands you can generally have two of those three at any given moment. I don’t think people will go away from putting pressure on pricing.

“To the contrary, I believe that pressure on pricing is going to get even harder. If you continue to focus on ‘how do I provide a field engineer’ I think that’s going to be a difficult value proposition to hold on to.”

For Tony Chapman, General Manager, Customer Services, Siemens, the key to whether such shifts can be made in terms of understanding the value of a service contract, will also be very much in the hands of the customer, and in particular their procurement teams.

“I think one of the biggest problems that we’re going to face is around the procurement side of the conversation,” explains Chapman.

“The technology is there to do remote support. The skills of the engineers are there to support our customers. The question for me is will the procurement team on the customer side be able to switch their thinking so that they place value on uptime rather than driving the cost of the contract down to ‘x’, and that’s an entirely different change.

“It is the procurement managers that are driving this in one sense. If our customers don’t want to take that route or want to push the price still down; if they’re not looking at the situation through life engineering costs but from a procurement cost perspective, then that will dictate what will survive and what won’t in terms of remote service.”

“The outcome-based scenario is the real driver, across the lifetime of the product…”

One critical aspect of this conversation, especially when it comes to winning the minds of the procurement management professionals, is perhaps to break down the understanding of what remote can deliver in terms of financials within the service agreeement. Again, returning to the fundamental concept discussed above, reiterating that adopting remote-first service delivery can result in the customer getting more for less.

As Notter outlines “If a technician is travelling home at four o’clock in his car that is effectively the end of his working day, if he’s already at home, he can take another call at four o’clock. So he’s getting paid more because he’s adding more value. So I’m trying to see if that is the balance to convince procurement that yes, you do get a reduction in your price, but you get an uplift in value.

“Then beyond that, the outcome-based scenario is the real driver, across the lifetime of the product.”

Ultimately, if we are to remain relevant with our customers it would appear that we need to be thinking far beyond the boundaries of where we understand the value of service to be today. Something neatly summarised by Van Veen.

“In the end, the long term trend of everything that goes digital is it becomes demonetized, commoditized and in the end, even democratized,” he states. “This will mean everybody has access to the same data. The big question is, how are we going to add value to that?” 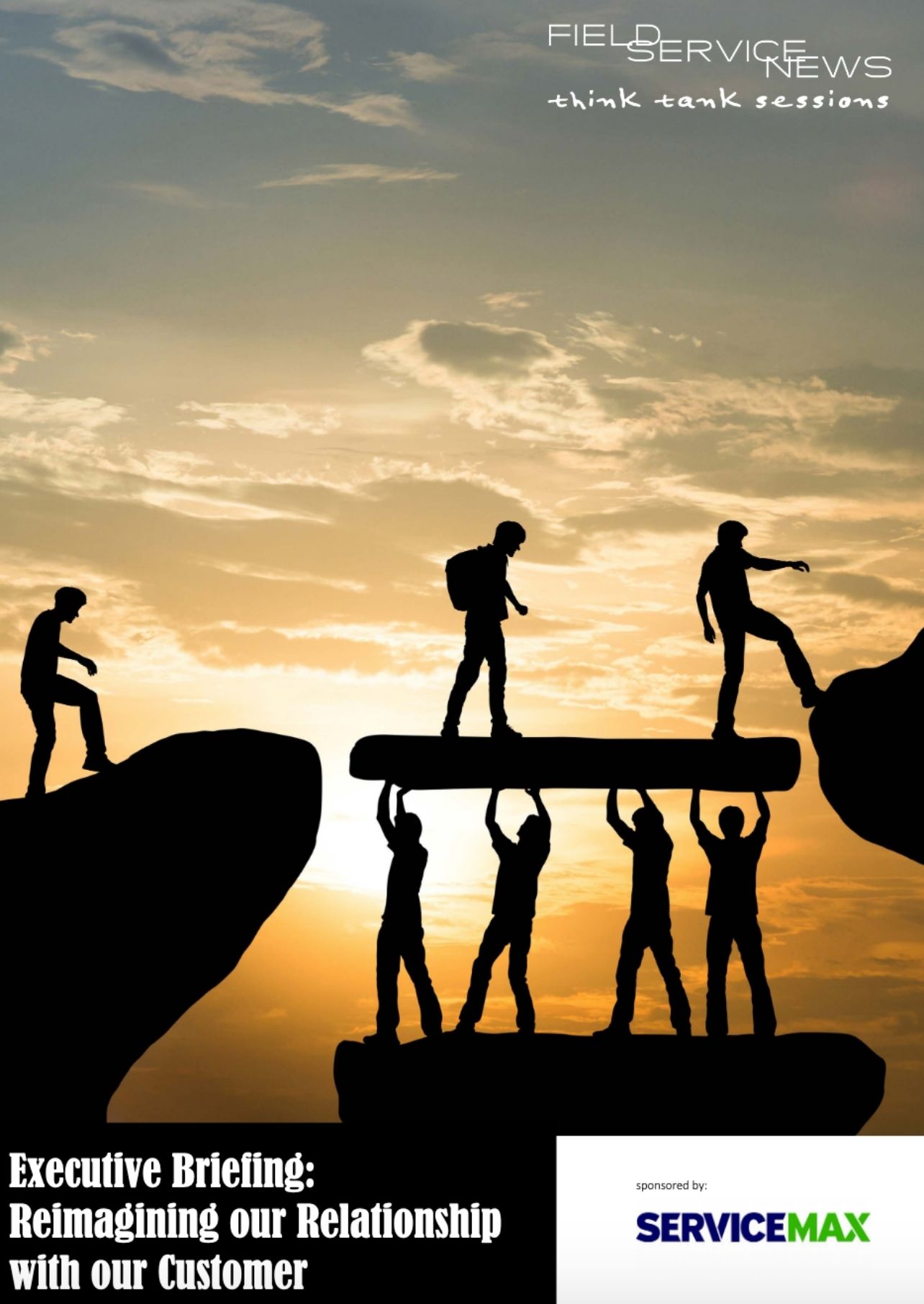