Farewell to One of the Very Best 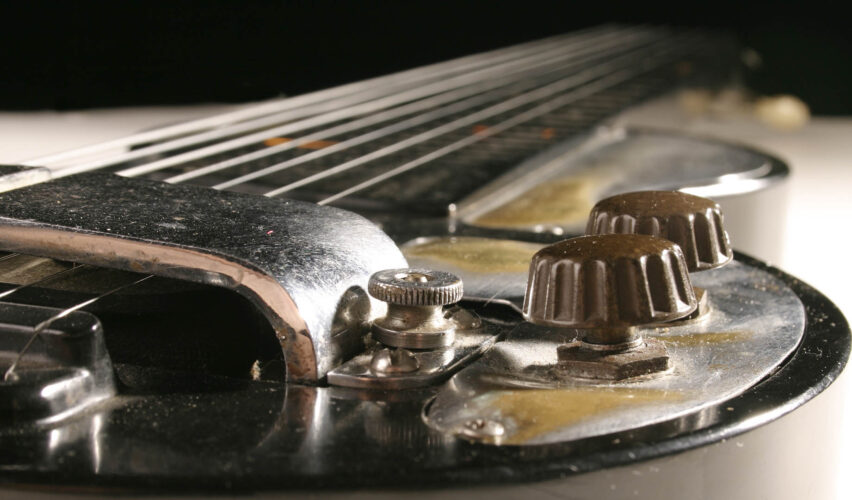 It is with great sadness that we must announce the passing of a very, very dear friend and industry giant in Bill Pollock, who sadly passed away at home over the weekend.

Before his death Bill had left the editorial team at Field Service News a folder that was not to be opened until he passed away. Within that folder, within his own inimitable style was an obituary that recapped his wonderful life. Who better to write the tale of such a great man, than the best writer to have ever contributed to FSN – Bill himself. So the below is unedited, from his own words.

Bill Pollock, president & principal consulting analyst for the Westtown, Pennsylvania-based services research and consulting firm, Strategies For Growth℠ (SFG℠), died peaceably this past week after undergoing years and years of working for bad employers, until he started working for himself (and his clients). However, electing to be his own bad employer, his last 30 years in the business were with the company he founded in 1992.

Pollock leaves behind his Wife and best friend of 42 years, Constance – and a few rescue cats acquired by the couple in recent years.

During the course of Pollock’s career as a Field Services research analyst and consultant, he has conducted more than 350 client engagements; published more than 450 articles in trade publications, including Field Service News; and participated in numerous trade show presentations, panels, workshops and seminars.

Pollock was born in 1948 in Philadelphia, Pennsylvania, as his Father, Morton, was teaching repair service classes at the Connecticut School of Radio & Television, based in West Haven, Connecticut – a company that he co-founded earlier that year. Mort had earlier been a Field Service Tech for RCA Service Company in Camden, New Jersey prior to establishing the school. He had also partnered with Milt Schapp (ne: Shapiro) who was the founder of Jerrold Electronics, and the two had built a closed circuit television system that they sold post-WWll to numerous U.S. Army and Navy bases throughout the U.S. Schapp later went on to become the Governor of Pennsylvania. Mort went on to work as a contractor for the NASA Lunar Excursion Module (LEM) used as part of the U.S. Apollo Space Program.

“Pollock always claimed that inheriting his Father’s intellect and ability to think things out and express himself via his writing, was a more-than-equal trade-off for the disease part of the equation…”

Pollock believed that he had inherited the DNA required to serve in the services sector from his Father. Unfortunately, he may have also inherited Chronic Lymphocytic Leukemia (CLL) from his Father, as well. In any event, Pollock always claimed that inheriting his Father’s intellect and ability to think things out and express himself via his writing, was a more-than-equal trade-off for the disease part of the equation.

Pollock went through infusion chemotherapy for seven months in 2009/10, and had been on a daily chemo pill regimen for the rest of his life. The average cost for his monthly medication over the previous decade+ was $24,000.month; however, his co-pay was less than $100/month. Thanks, Obama! During his initial chemo regimen, he conducted business as usual from his infusion cubicle, including writing reports and articles, drafting questionnaires, conducting sales calls and client updates, etc. During those seven months, however, he received more than 70 infusions of hemoglobin and/or platelets, each session lasting between two and 10 hours of titration, elapsed time.

Over his nearly 30 years in business as SFG℠, Pollock enjoyed conducting the company’s annual surveys, analyzing the data, and presenting the findings at client boardrooms, trade shows and seminars, Webcasts, and through his Analysts Take white papers. Apparently, his clients also enjoyed his work, as they continued to put food on his family’s table for more than 30 years.

“Finally, he acknowledged that “I could easily mismanage my own company better than they’ve been mismanaging their company” – so he went off to found SFG℠…”

Pollock’s academic career was pretty straightforward – although it did not go exactly as planned. He received his BA in Economics from Temple University, and went on to receive his

MBA in Marketing from Temple’s Fox School of Business. He also took a Market Research course at the University of Pennsylvania early on in his career. What he should have done, as he would say, is “Go to Temple’s Radio, Television and Film (RTF) school to become a screen- or script writer for something like Saturday Night Live”, etc.

He later returned the favor by teaching a Marketing For Bankers class at Philadelphia’s Peirce College for three years while working for The Fidelity Bank.

Pollock’s first job came as a result of his first job interview following graduation from college. He was a Marketing Officer and Senior Marketing Officer at The Fidelity Bank for seven years, before moving on as a Vice President at a bank consulting firm. He then spent one year as a TQM/ISO 9000 consultant (or what he typically referred to as “the worst year of my career!” “Why would any organization want to receive the Malcolm Baldrige Quality Award, named after the former U.S. Cabinet member who was killed when he fell off, and was kicked to death by, his polo pony!”, he would proclaim.

He then went to his first services consulting company in 1981. Over the next 11 years, the company changed its name five times, and fluctuated from as many as 110 employees, to as little as two (i.e., Pollock and his boss, working in the boss’s basement). Finally, he acknowledged that “I could easily mismanage my own company better than they’ve been mismanaging their company” – so he went off to found SFG℠.

“Pollock was also a prolific donator to the Girls Scouts over the years, who reciprocated by giving him boxes of cookies for every donation he and his Wife made…”

SFG℠ lasted roughly 30 years, until Pollock “left the building”. However, during that time, he had a few dalliances, including seven years as Managing Analyst, Services Industry at Gartner; two years as Vice President – Service Management Practice at The Aberdeen Group; and Co-founder, President and Chief Research Officer at The Service Council. Of these three dalliances, the first was great! The second, not so much! And, the third – well, let’s just say, “We came; we sued; we conquered!” On Earth, there had been a gag order on the court case; however, Pollock would repeatedly say, “When you get to the other side, look me up, and I’ll tell you the whole story. BYOB!”.

Pollock also served, along with his Wife, Constance, on the Board of the West Chester, Pennsylvania-based Friends Association for Care and Protection of Children, and was the Board Chairman of the Delaware Center for Creative Arts (CCARTS). Pollock was also a prolific donator to the Girls Scouts over the years, who reciprocated by giving him boxes of cookies for every donation he and his Wife made.

On a personal note, Pollock loved music and concerts, having seen everyone from the Beatles (twice); to Paul McCartney (8 times), the Rolling Stones (5 times), Billy Joel (12 times), the Who (14 times), David Bowie (3 times) – and Ella Fitzgerald (twice). He was an avid autograph collector for many years, and had exchanged letters with John Lennon multiple times. His prized autographs were, of course, The Beatles, too many rock and pop stars to mention, astronauts, heads of state, science/medicine pioneers, movie and TV stars and baseball players (Mickey Mantle and Roger Maris were his favorite baseball players – and he has their signed balls to prove it!).

“My glass is always half-filled – with champagne! And the reason it’s only half-filled, is because I had half-a-glass of champagne earlier this morning!”

Pollock played guitar almost every day for more than five decades, and had 15 guitars in his collection by the time he completed his final encore. His prized possessions were his Rickenbacker 12-string guitar and accompanying Jangle box; his Gibson guitar that he got signed by Les Paul at his 88th birthday party at the Iridium Jazz Club in New York, with the inscription “To Bill, Keep Rockin’, Les Paul”; and his vintage Hagstrom 3-pick-up electric Corvette guitar (acquired at the tender age of 17).

Throughout his life, Pollock’s attitude was always positive. He would say, “My glass is always half-filled – with champagne! And the reason it’s only half-filled, is because I had half-a-glass of champagne earlier this morning!”

He would also describe himself as being, “50% Dr. Spock, and 50% Mr. Spock”, which he claimed was necessary to provide his clients with the analytical analysis they need, but with the practical guidance as to what to do ”first, next and later”.

Many of Pollock’s friends, family, clients and services community network will, most likely, miss him. You know who you are! Some others – well, maybe not so much! Your call! Still, the highlight of his life was meeting, marrying and sharing his life with Connie all these years, augmented by the reputation and respect he believed he received from the clients, publications and the trade shows he served.

All told, he’d rather still be down here. However, at least, he believed, “There will be no more freakin’ deadlines!”

His final thoughts before exiting the building were, “To all my friends, family and network, have a beer as a tribute and sendoff to me! To everyone else, may you all enjoy a case of Corona!

Bill was much more than a mere colleague to me, he was a mentor, someone who has been with me on every step of the incredible journey of the last 8 years as I’ve built Field Service News, but most importantly he was a true, true friend.

The September issue of Field Service News was literally in the midsts of going to press today as I heard the tragic news but we have ‘stopped the press’ (something I think Bill would have got a kick out of) to rework that issue to include a number of great insightful articles from Bill from his extensive bank of articles he has contributed to us across the years.

Much like our shared hero David Bowie, Bill was working ahead of himself to build up a series of articles to be published posthumously, which we will be publishing across the coming week in memory of a great man that had touched the hearts and minds of most of us in the field service sector at one point or another.

Read more of Bill’s excellent contribution to our industry here

Aquant recently surveyed 100 field service leaders and the data revealed that hiring, retaining, and motivating workers is the most pressing topic. 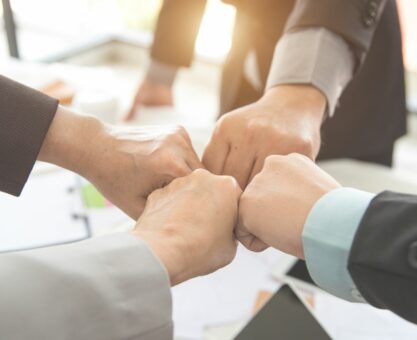 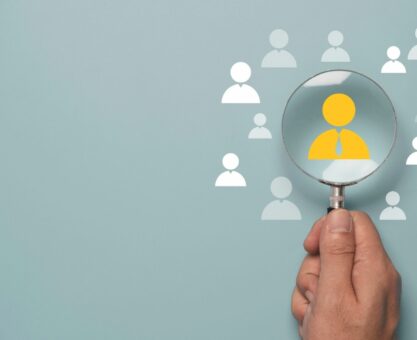 OverIT announced the appointment of Enrico Leopardi as Senior VP Sales EMEA. He will lead the company’s EMEA sales organization,... 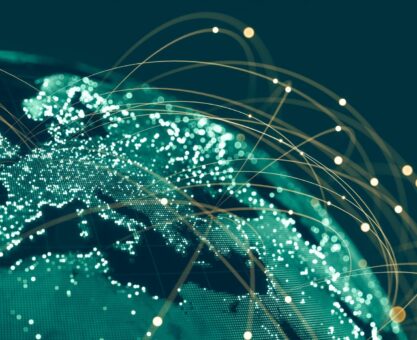 The economies of the world have reached a turning point, seeing the unfortunate loss of lives, affected health, and the mass impact of poor...